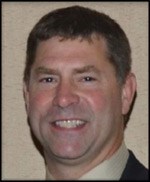 He is a native of Climax, MN. Tyler received his B.S. degree from the University of Minnesota Crookston majoring in Plant Industries Management with an Agronomy Emphasis. He was engaged in production agriculture with Rogenes – Rye Farms (a potato, small grains, and edible bean farm) near Buxton, ND until 1994 when he accepted the Crop Production Specialist Position with Cenex Land O’Lakes in Ada, MN. In 2007, he completed his M.S. degree in Agronomy from Iowa State University. Grove has served on the Agronomy Gold Standards, Precision Farming, Ag Policies, and Weed Resistance Teams. He completed the two year Minnesota Agricultural Rural Leadership program (MARL) in 2010. The MARL program participants are introduced to a wide range of agriculture industries and engage in extensive leadership training programs.

The 2014 growing season will be remembered for a very wet April, May and June which delayed planting of the crop.  Improved varietal resistance to Aphanomyces and liming provided great value for minimizing yield losses and field abandonment in 2014.  Many, many thousands of acres would have been abandoned with these growing conditions just a decade or so ago.

Q. What lime application rate is recommended?
A. An optimum rate would be 10 tons of wet lime as received from the factory.

Q. What is the minimum application rate that might be used?
A. The minimum would be 5 tons per acre, but 7 tons per acre would give longer residual benefits.

Q. How long will liming continue to provide benefits?
A. Disease benefits have been documented for 9 years in liming trials established in 2004 by Dr. Carol Windels, University of Minnesota Plant Pathologist.  The higher the original rate of lime applied, the greater the benefit.  A five ton application rate obviously shows far less long-term benefit.

Q. What specific benefits does liming provide?
A. Foremost is significant control of Aphanomyces; slight benefit would be minor control of other root diseases.  Factory lime contains significant amounts of plant nutrients especially phosphorus and sulfur. 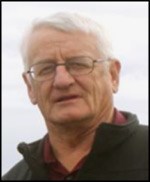 Dr. Allan Cattanach retired August 31, 2014 from American Crystal Sugar Company.  He served the Company as General Agronomist since 1998. Prior to that, he was Extension Sugarbeet Specialist for North Dakota State University and the University of Minnesota from 1975 to 1998.  This is his 247th and final Ag Notes.  He says it has been a wonderful 16 plus years working with the Agricultural staff and striving to provide cutting edge research based production information to growers and allied industries.

Rewarding experiences at American Crystal include tremendous improvements in root disease and Cercospora management strategies.  The introduction of Roundup Ready technology and rapid acceptance of Rhizomania tolerant varieties were other successes.  Development of the Ag internet site and exceptional educational programs for growers including PowerPoint presentations, Ag Calculators, Fact Sheets, and much more.

He wishes to thank the American Crystal Sugar Company Agriculture Department staff and Allied Industry personnel for the cooperation and friendship throughout his career.