Comments made regarding the 2010 crop at this time last year and future expectations indicate favorable growing season weather is really critical to success. The tremendous 2010 beet crop for all three cooperatives in the region was followed by probably the poorest crop for all three companies in the last 10 years. Mr. Kip Cullers a ten time national corn yield contest winner from Southwest Missouri stated. "I never learn as much from my success - I always learn from my failures". Lets hope that holds true for sugarbeet growers in the region this year and we learn from the 2011 challenges as we go forward.

Successful Management Strategies in 2011 were: 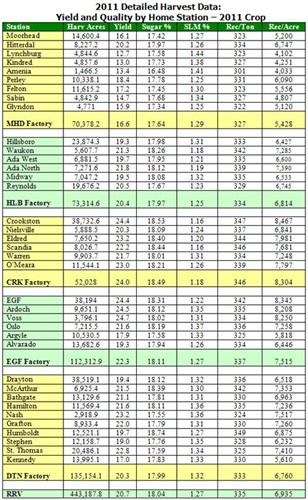